Here's a great brand social responsibility example for you.

I've been watching body-positive marketing since a presentation by the Dove team a few years ago. It's of interest to me for a lot of reasons, not the least of which is that while I'm as tall as most models, I'm for sure not as slender as they are.

That's why I started following Icon Undies on Instagram, which sells "pee-proof" underwear for ladies who leak. Yup. They don't sugarcoat the reasons their customers buy their gear. The brand's Instagram is an unapologetic feed full of real people in real Icon undies interspersed with tips and other stuff -- all of which goes back to the brand. But it's more than smart marketing. It's creating a space where women with leaky bladders can speak frankly, be treated with respect and find elegant solutions to a challenging social and medical problem.

This week, Icon is promoting World Continence Week, an initiative that started 10 years ago led by The Simon Foundation, the World Federation of Incontinence Patients (WFIP) and others. Icon announced its participation across its online, social and email channels on Sunday night. 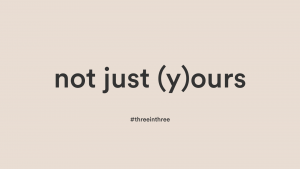 Here's what I like about this corporate social responsibility campaign:

If you're planning an advocacy or awareness campaign as part of your corporate social responsibility strategy or marketing plan, look closely at this one for inspiration and ideas.