If you've been following along with this series, you're probably ready to start actually crafting some content. (Click PREVIOUS POST below to read the earlier articles in the series)

With your planning done, you can set to drafting and revising content that's ripe for engagement. There are two of the 6 Traits that relate strongly to audience: voice and word choice. Keep these style points in mind when you're writing and revising because they're what really seals the deal for your audience.

There are a million different voices, from authoritative (like an expert in the field) to compassionate (like a writer who’s been there, too), to funny (like a witty pal) and on and on. The “right” voice is the one your readers want to hear. Sometimes I try on several voices before I find the one that feels right.

Before the faith-based assignment, I wrote another advice column for a general audience. I used my own voice for that, dishing out sage advice with a side of Southernisms like y’all and sugar and idioms like tighter than a possum on a trashcan. Here's how it sounded:

The fact is, darlin’, this man is telling you six ways to Sunday that he isn’t the man for you. He’s disrespectful. He’s secretive. He’s unkind. He’s just too chicken to call it off himself. It may not a burning bush, but sugar, this man’s behavior is a sign – a sign that he’s not the one for you.

By contrast, when I wrote about commercial development on and around airports for a Forbes India/Kenan-Flagler Business School project, the tone was more formal and authoritative:

The nation’s airports are evolving from transportation and supply chain-focused areas into mixed-use commercial centers meeting many consumer and business needs. These include, among others, hospitality, entertainment, retail, office, meetings, exhibitions and conventions. Real estate professionals are thus taking a more strategic look at emerging opportunities airport areas offer.

A highly technical article for an audience of experts can safely contain a lot of jargon and specialized lingo. But that won’t be nearly as effective if you’re covering the same topic for a group of lay people. Look back over what you know about your audience those questions they may have to help you remember their level of expertise in and exposure to your topic, and choose words that meet your audience where they are. If you aim to high or too low, you tank content engagement because you either insult or leave behind your audience.

For example, I write for the Vasculitis Foundation. (Vasculitis is a family of diseases so rare that you've probably only heard of them if you watch a lot of House, where its various forms are often mentioned during "differentials", like this.) When I write for physicians, I can confidently bandy about terms like “cell apoptosis” or non-atherosclerotic. But when I write about those same conditions for a general audience, I choose “programmed cell death” and "thickening and hardening of the arteries that isn't caused by fat deposits" to help the readers catch my drift.

The final word on engagement

Yeah, yeah. I can hear you saying, “C’mon, Margs. We’re supposed to do all this before we actually start writing? Who has this kind of extra time in what is already a compressed process?"

After all, your content's not worth much if nobody's engaged enough to read it. I promise that the time you spend up front focused on audience engagement will save you boatloads of time (and pain) on the backside in the form of cycles you won't have to put in making so many revisions. Pinkie swear. 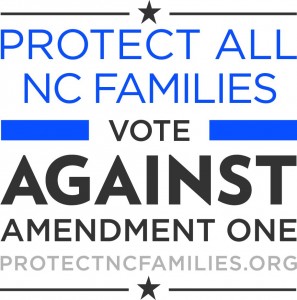 Vote against on May 8. Click the image for more information.