Entrepreneurs: How to get started

This is a guest post from one-time client and now colleague, Mike Plotnick, owner of Plotlines LLC in Saint Louis. Read other guest posts here.

My Path Toward Hanging Out a Shingle

Nope, I tend to favor safety and security. A sure thing.

So how in the world did I wind up quitting my stable corporate job and launching my own consulting business?

I will assure you that the journey was neither quick nor direct. And it involved a boatload of people, coaxing me toward the starting blocks.

I initially began toying with the idea when I realized that an increasing number of friends and colleagues were choosing non-traditional work arrangements. While PR has always lent itself to such alternatives, it seemed to be intensifying – particularly as the economy sputtered.

Intrigued by this trend, I was on the fence about whether it was a legitimate career direction for me. So I sought out some expert advice from others who had chosen similar paths. Plenty of encouraging voices came forth to convince me of the virtues and benefits of becoming my own boss. [Read this if you want to be a freelance writer]

Whispering in my other ear, however, were the powerful – albeit largely imagined – voices of those who thought it was a rotten idea. Not surprisingly, Mom and Dad fronted this group, reflecting their belief that you should keep your (traditional office) job for as long as humanly possibly.

Lots of soul-searching helped me consider my options. Ultimately, my decision to launch Plotlines LLC boiled down to a few primary realizations (all interrelated):

1. My “network” is larger and more powerful than I realized. Over the course of my career, I’ve amassed quite a group of former coworkers and colleagues who now play influential roles in organizations spanning numerous industries. They serve as my core marketing pipeline. [Tips on how to build and maintain your network]

2. Social media has rewritten the rules of networking. Gone are the days of being forced to make cold calls or work the room at cocktail parties to spread the word. Now, social media has opened up a whole new world of potential assignments – and a massive community to help find and land them.

3. There are many potential pathways. New media and new approaches to marketing have greatly broadened the opportunities for freelance writers and PR consultants. Valuable content is increasingly an organization’s ticket to connecting with customers, prospects, employees and other important communities. [Click here for tips for creating engaging content]

4. The concept of “failure” is irrelevant. What I mean is that, even if this particular venture doesn’t prove to be economically viable, it will likely illuminate something else that is. Many folks choose to hang out a shingle at some point in their career. Some do it for a lifetime, and others for just a season; all are considered successes.

Do these realizations mean I don't pinch/kick/slap myself for leaving a stable job for a less-than-stable (or guaranteed) livelihood? Nope, still happens at least once a day. But even more frequently than that, I get excited by what’s possible. 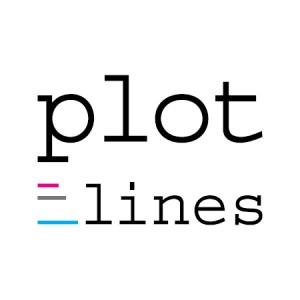