Get out of your own way 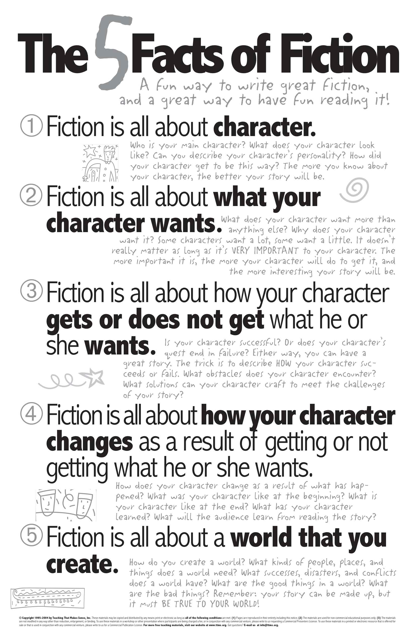 Last night, we presented our Smart Starts writing workshop at Centerpoint here in Seattle. (You can download the packet here). We'd built the session based on direction from the client and included the strategies most useful for business writing. But as we chatted with attendees, it became apparent that they were very interested in creative writing. Lucky for me, Steve teaches that all the time in school, so we've got an app for that. We rejiggered the calls to include this new topic and Steve dove in to the delight of the class.*

Now, you may think the moral to this story is to be flexible and listen to your audience. And that's certainly a useful take-away from the story so far. But there's a bigger lesson to be learned from the second part of the story:

After the class, a participant told us the creative writing strategy had helped her reframe the way she was trying to tell her career story. She liked taking a fictional character through the elements of a good story because it helped her see how she could use the same steps to tell her own story. That creativity tapped, she now felt confident she knew how to back-up her career vision with a powerful tale. Wow!

Epiphanies like that always make for a good day at the office for presenters like Steve and me. But it gets better.

For months, I've been struggling with how to use our creative writing strategies to help people in their job searches and career shifts. I knew there must be a way to do it, but because the techniques were designed for fiction writing, and K-12 kids, I was convinced the original approach needed to be tweaked. And tweak I did. I tried telling my own career tale using the revised approach. Terrible. I got a couple other folks to try it. Didn't work. So we abandoned the idea.

Until last night. That class member wasn't the only person who had an ah-ha moment. Listening to her feedback, I realized that I had totally over-thought how the strategy could be used and I'd gamed the feedback loop by asking people only to use the revised version and not the original version. My myopia created a "forced fail" scenario.

The big take-away from the student's eureka and mine: get out of your own way!

When you're stuck, do something totally different to jump-start your process. Take a class unrelated to your problem, do yoga, meditate, go for a walk, anything to free your mind to find the right path (it will)!

And when you're totally sure there's no way something could work, don't do a gainer off the high dive into the deep waters of change too quickly. As a few questions, test-drive options. I'm not saying spend acres of time on it, but don't think you're right just because you're the expert or you can't see another way.

There is always another way, and many ways to find it. The first step is getting out of your own way.

* Since this just happened last night, we don't have the "grown-up" version of the strategy made yet, but here's the "kid" version, if you're interested: The 5 Facts of Fiction. And here's a downloadable 11x17 "poster" outlining the strategy.