How to be a writer: Philip Dodd

Tips for Being A Writer

Back in 2006, Steve and I wrote Be A Writer, the first installment in our series of books on the art and craft of putting pen to paper and fingers to keyboard. (An updated second edition is out now.). Included in the book are interviews with writers we admire. It seems only appropriate to include them here on a blog that focuses frequently on writing and content development. Here’s the first. 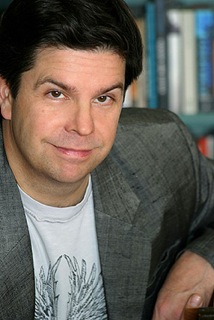 odd when I was living in L.A. We had some epic adventures, including negotiating an international art purchase, hanging out with jazz greats at a swanky London gallery and chatting with Don Was at the Four Seasons. But Philip’s not all fun and games. He’s one of the most talented and prolific writers I know.

Philip was a book publisher for 15 years before becoming a writer and publishing consultant. His most recent book is Get the Job You Really Want, which he wrote with James Caan -- the entrepreneur, not the actor -- famous for his part in the British TV hit, Dragon’s Den. Philip has also worked with the Rolling Stones on their autobiography According To The Rolling Stones and with Nick Mason on his personal history of Pink Floyd, Inside Out.  Word lovers will enjoy The Reverend Guppy's Aquarium, a book on the people behind of some of the English language's most colorful words.

What kind of writer am I?

I’m a non-fiction book writer, so I’m usually writing about factual subjects after doing a load of research, trying to convey my personal take on what I’ve found out. I’ve written books on music - rock’n’roll mainly – and one about the great cities of the world. I also help other people write their own autobiographies or personal histories, which involves interviewing them and then turning their spoken words into text using their distinctive voice. And I have also done some copywriting for design groups, supplying the words for brochures, ads and slogans for their clients, anything from beer companies to restaurant chains.

Why do I write?

I’ve always loved words, and playing with words – I still do, especially great puns (I just saw a delivery van for a Portuguese chicken restaurant which had ‘Poultry in motion’ on the side). And I enjoy the challenge of trying to communicate ideas, hoping that readers will come away with some fresh insight into whatever I have been writing about. These days I write because publishers commission me, but I never think of writing as a chore: everyday I am learning new things.

What made me want to be a writer?

There must have been something planted in my brain early on. In my loft I’ve got a ‘book’ I wrote when I was about seven. Winston Churchill, the great British prime minister during the Second World War, had just died, and I took it upon myself to write a biography of him, complete with introduction, chapters and photo captions. As a teenager I created magazines based on my life – which was a pretty unremarkable one, believe me – and just carried on doing similar things. Now I’m lucky enough to make a living out of editing and writing.

What advice would I give to a fellow writer who was just starting out?

My advice is always ‘structure, structure, structure’. By that, I mean try mapping out whatever it is you are going to write and plan roughly how many words you need for each section. When you’ve got all your thoughts and notes together, bash out a first draft, following the plan. If you can’t think of what to write, simply put down the first thing that comes into your head, even if it’s ‘blah, blah, blah’, anything to fill the space – funnily enough, I sometimes find those are the best bits! The structure stops you worrying about the shape of what you’re going to be doing (gets rid of that ‘blank page’ phobia some writers suffer from), and frees you up to get creative.

Also, read as much as you can – anything you like: trashy novels, great literature, erudite biographies, celebrity magazines, serious newspapers… Keep pouring new thoughts, new words, new phrases into the reservoir of your brain to refresh it, and you’ll find you’re always full of fresh ideas and ways of writing what you really want to say.