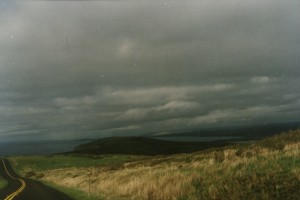 The other day, I was chatting with a friend who was complaining about a project that had gotten so off track it felt like they were on the road to nowhere. After we'd stopped singing the chorus of the Talking Heads tune of the same name, she shared a great idea to fix the problem, adding dejectedly that she couldn't get anyone on the team to listen to her.

A few minutes later, we figured out why. My friend was so frustrated that even her suggestion sounded like a complaint. Her state of mind was betraying her great idea because it impaired her ability to explain herself thoughtfully and calmly.

How many times has this happened to you, or have you been on the receiving end of this? A lot, I'm thinking.

Especially in times of uncertainty or change, new ideas are frequently articulated in high volume as complaints without rationale and without specific action items for timely and constructive resolution. It's a situation in which nobody wins. The person with the solution feels unheard and unhappy, and the team doesn't benefit from a better way.

To circumvent this cycle, I use the What-Why-How Strategy™. It includes the key information anyone would need to give preliminary consideration to a concept:

The only rule for using this is to keep your answers as concise and clear as possible. The idea is to give a top-level look at your idea, not an in-depth report.

An example of an idea proposal

Here's how it works:

You can use it just like this, or write a sentence or paragraph for each point. Heck, you can even make slides from this.

That's another reason I like this approach -- it's flexible. If you needed to make a longer pitch, you've got the bones here and can simply add more relevant details to fill it out into a full report. [More on how to write better reports]

What do you think?