Mini Case Studies: Dominant Culture Wins Again (or does it?) 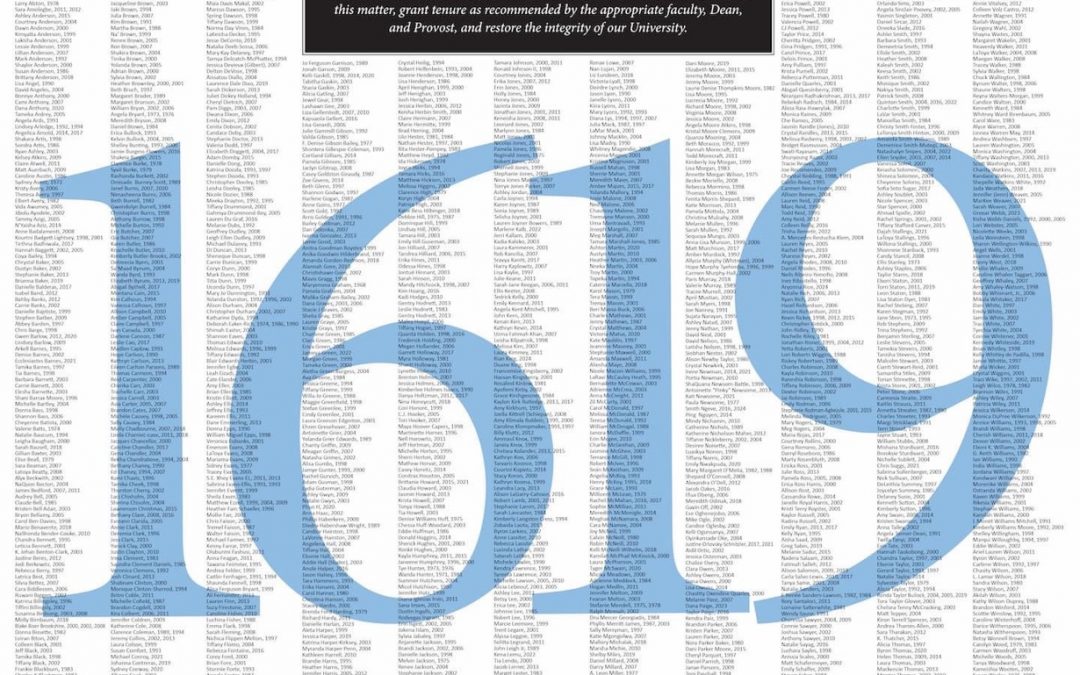 Oh, hey! Come on it. Can I get you some sweet tea?

-- Too many people in leadership positions

If you're not sure about the importance of centering others and/or the negative impact of making decisions through a white gaze, check out this example from Wake Forest University, brought to you by the dominant culture and a white-centered PoV.

While attempting to rename a building recognizing a slaveholder, the university's task force settled on replacing the offending moniker with a date -- the day the institution sold its slaves. Only a group of mostly light-skinned people looking to ease their own white guilt would think that noting the day the stopped using Black people as property would be the less offensive option.

Had they dropped the white gaze and looked at the options from Black Americans' PoV (thus evaluating choices from that perspective) and given genuine consideration to how the new "name" would impact Black Americans, they could have avoided this situation. But instead they made a decision that appealed to the dominant culture (hello, white people needing to feel less bad about white supremacy and slavery) instead of the aggrieved. *sigh*

Wake announced this week that it will go back to the drawing board to find a new name and will engage in more "listening".

The Demon Deacons weren't the only institution of higher education in my home state to choose the dominant culture and preservation of white supremacy. The (mostly white male) board of trustees of my alma mater, The University of North Carolina at Chapel Hill, refused to even discuss tenure for a Pulitzer Prize-winning, MacArthur Grant-earning journalist for the Hussman School of (wait for it) Journalism. Why? The public answer was because small group of very vocal conservatives -- again, mostly white people -- felt Nikole Hannah-Jones was too controversial. (Learn more about these particularly egregious shenanigans here.) When it was pointed out that the move may have been motivated by race and gender, the board and legislators clutched their collective pearls and were, shocked, shocked I tell you, that anyone could even go there.

Go there, we went. The blowback was swift and louder than the original concerns. The initial decision is now being reviewed.

This was just the latest in a series of decisions by this body that was billed as something (stupid but) less benign to obscure more nefarious motivations. Check out the board's treatment of Gene Nichol, a tireless and outspoken advocate for Black Americans, the working poor and social justice in general. And who could forget the same body's decisions around a Confederate monument on campus. While some of the members of the UNC board of trustees have changed since the previous two debacles, one thing remains the same: the people responsible for appointing the members is the Republican-controlled General Assembly, which has been bullying UNC for years. This is what institutional racism -- in state legislatures and in board rooms -- looks like in practice.

Moral of theses stories? Your organization is not served by limited perspectives and toadying to the dominant paradigm. You can have some "diverse people" involved in decision-making, but that's often not enough to actual change the process when the culture in which it's being executed is so oppressive.

Improving representation is the first step. Don't stop there. Start dismantling the culture that centers the white, heterosexual (usually male) experience. It's not easy to do, but it won't happen at all if you don't flag this kind of behavior when you see it and call for alternative action.