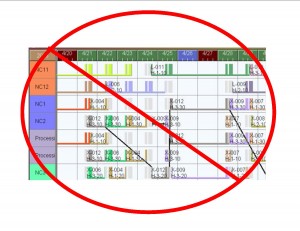 Ever sat in a project meeting and th0ught, "This could go horribly wrong with so many cooks in the kitchen"? That could have been me yesterday, sitting at the organizational meeting for a new project. But it wasn't.

Before we got too far along, we began talking candidly about rules and roles. This is a key concept in The Word Factory's approach to team writing. (You can read about roles here)

Coming up, I spent as much time on the production side as I did on the editorial side, so I learned pretty quick that clear responsibilities and rules of engagement (including deadlines) needed to be established early on. I've seen too many projects delayed or derailed for lack of a simple set-up.

But I know that won't happen on this project because we outlined the rules and roles. Here's how:

At the end of the meeting, we had a project plan with the highest odds of getting done on time, but with the least amount of anxiety and frustration and with the highest degree of delight for the client.

Sure, it doesn't always work out so neatly. But by simply bringing some thought to the rules and roles on your next project, you'll be more likely to create a smooth content creation process with minimal blood on the rule.

Give it a try. And if you'd like a little help, holler.

For more of our thoughts on process, click here.