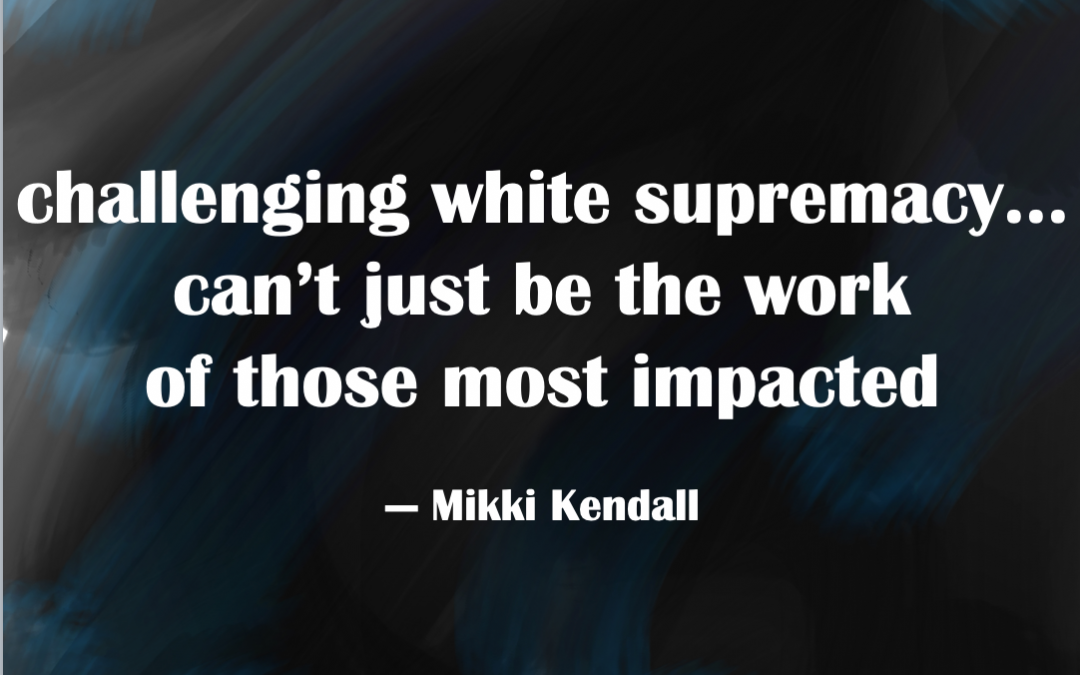 Earlier this year, I committed to creating a social justice statement for my company. It's important for even micro-enterprises like mine to codify their values, create concrete steps for living them and establish metrics to track progress toward them. Creating the statement was a humbling experience. It was also incredibly valuable. Below is something of a preamble for the document. It shows my motivation and my thinking. I share it to provide context for the official statement and to let you know that even "good" white people have work to do.

Formalizing our commitment to social justice

Discriminating against someone because they’re not white, they don’t fit your idea of gender or sexual orientation, or they’re not from around here is wrong.

I grew up in a family-owned business staffed by white and non-white people, Americans and people from other countries, cis-het people and gay people. I knew this was different than a lot of the other stores in the segregated South, even towns as “progressive” as Chapel Hill and Carrboro, N.C. Businesses and schools were still segregated when I was a kid in the 1960s. My parents made sure didn’t patronize those places. But one of my grandmothers told my folks she wouldn’t shop at our store because of who Mom and Dad hired. She told her friends, too.

All that’s to say that even though I was raised in a family that took non-discrimination seriously, I still make mistakes when it comes to racial and ethnic bias. Even though I was a co-author of the social justice goal for our county, I have blind spots. I ask those being marginalized to help me understand or figure out what to do instead of figuring it out myself. I tone-police. Thankfully, I am graced by friends in these communities who call me on my errors and encourage me in finding my way.

I was prompted to create a formal document only in the aftermath of the George Floyd murder. I don’t know why it hadn’t occurred to me to do it sooner except that I’m a white lady business owner who didn’t think she had to.

And so, here is my social justice pledge -- a living document that I’ll review and update each year. It's written with I statements because it's my pledge as the owner of this company and so each individual is accountable, too. The commitments encompass all marginalized people, though you’ll notice special attention paid to Black people. This is intentional. Black people in this country have suffered – and I use that word intentionally – at the hands of white people for 400 years. Extra effort here is required.

Special thanks to Barbara Jessie-Black and Lisa Long Jackson for their ongoing guidance and patience, to Rachel Rodgers of Hello Seven for the inspiration, and to Houston Spencer and Bethany Chaney for their keen insights and edits on drafts.