Standing up to the New Year

I've been posting about my three words exercise, but there's another thing I'm trying at the start of the New Year next week: standing at my desk rather than sitting.

Being a stand-up gal

Lots of people are doing it and with the hours I'm logging and the repetitive strain injury I continuously battle, I'm going to give it a try. Some folks, like my friend and fellow desk jockey writer Mike Maxwell, report benefits akin to those I noticed from meditation: focus, clarity, stamina. I don't think you can ever have enough of that good stuff. So I'm in.

Making it from scratch 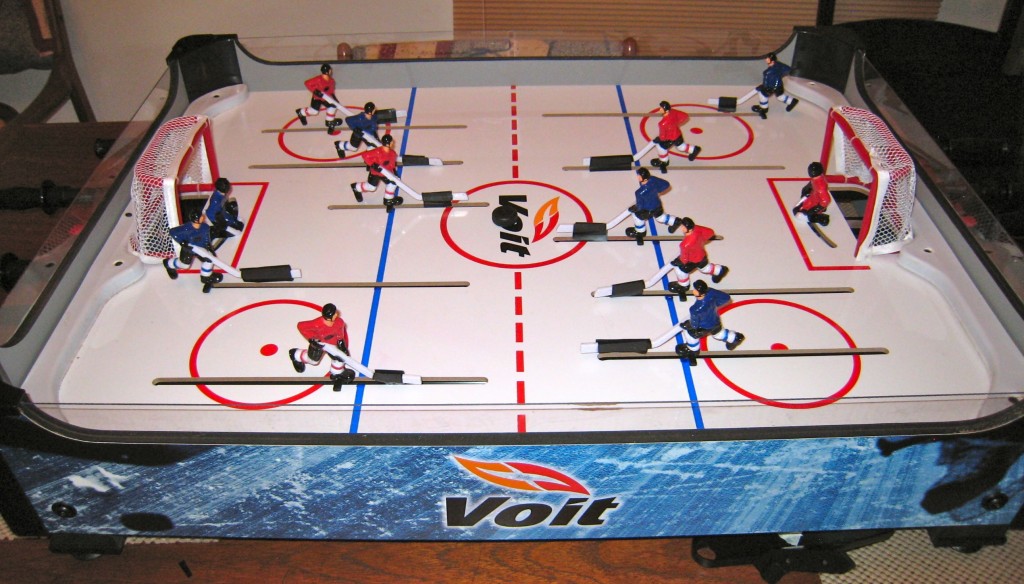 I'm in a building mood after assembling this bad boy.

But the truth is, official and stylish "standing" or adjustable desks aren't cheap (but these are beautiful). And what if I don't take to it? I know some people who are using stacked boxes, but that makes Steve nervous. As the daughter of a guy with mad building skills, I'm going to retrofit my own. (After assembling the table-top rod hockey game I got Steve for Xmas, I'm motivated.) My plan is to create my standing desk unit on January 2. I'll post a photo here when it's done. (UPDATE: You can see my styling new desk set-up here.)

Getting set for the New Year

There are still a couple days left in 2011. That's plenty of time to set some attainable goals for January and beyond, if you're feeling ambitious. Personally, I'm trying to focus on trying new things a month at a time. Really dig in for that month on something that serves my business and personal goals. We'll see how that goes, too!