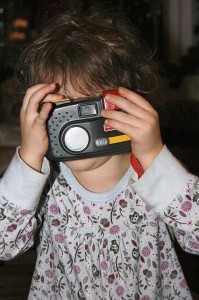 If a picture's worth a thousand words, what are all those event photos you post saying about you, your organization and the other attendees? (photo by M.C. Lester)

With digital cameras, phones and a slew of other devices able to take and instantly post photos, many folks are more interested in quantity than quality. Over the past year, there have been a number of occasions where I've been flipping through slide shows crammed with photos of attendees only to note that many of the photos aren't flattering to the people in them. Why would you post those for the world to see on your company web site, Facebook for Flickr?

Back in the olden days, when we still used contact sheets and prints weren't cheap (and scanning was a drag), we chose photos carefully. We picked a handful of truly great shots that exemplified the feel of the event and established that at least a few "face cards" were in attendance. We didn't consider photos that were anything but flattering to those included, or strategically cropped out people with odd expressions or closed eyes (and never anyone eating). It was important that the photos used showed engaged people looking good. A lot of thought went into choosing not only the photos, but the photographer. Yes, professional photographers, not just anyone who happened to have a camera.

But now, it's "more is better". People post all the photos as if they were a contact sheet.

I'm not saying you need a professional photographer for all your events (but if you can afford one, you should do it!). I've been shooting since junior high for the yearbook and various small newspapers. I can make it work, and so can a lot of other semi-pros. But if you don't even want to go that far, please, please, please edit your photos before posting. Here are a few basics:

You don't need to document the attendance of every person at the event (seriously, you don't). So choose only those photos that really showcase the event and its purpose. This will get you more in the long run than 55 pictures of people mingling or mugging for the camera. You want subjects to be active and engaged. Sure, the posed grip-and-grin has its place, but showing people doing something or at least looking interested is key.

2. Don't include photos that aren't flattering.

Period. If you have to, crop out the person with their eyes closed or wearing an unfortunate expression. Even if they're upset about being cropped out, they'll be less upset than being in the picture looking like an idiot.

Just last week, someone posted a bunch of photos of a dinner event and most of the photos were candids of people in mid-bite. No matter how much you've studied Emily Post, Memory Aldridge Lester or Tiffany's Table Manners for Teens, chances are, you're not going to look your best while eating. Plus, what does that photo say about the event? That the food was edible? Guh!.

4. Do some light editing.

Fix red-eye, brighten or darken, etc. Every photo program (even free ones like Kodak's) give you some control over the image without getting your master's in Photoshop. It only takes a few seconds and it shows you care.

5. Delete images that are out of focus.

Seems obvious, but I'm shocked at how many groups and companies don't do this. It reflects poorly on you, not the people in the photo. Same thing for pictures in which the light is too low to identify people in the shot.

So the next time you want to post a whole bunch of event photos, don't. Instead, invest some time choosing and editing only a handful of really great photos instead. You subjects will thank you.