What is plain language?

Lately, I’ve been getting a lot of questions about “plain language”. 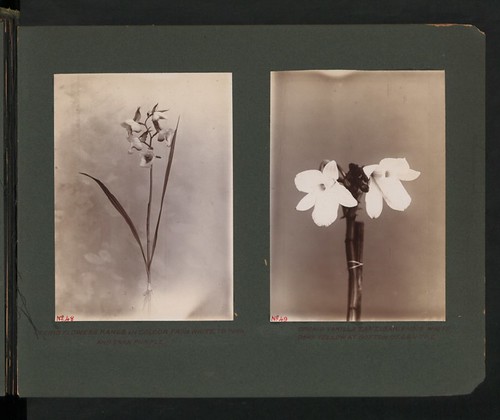 A lot of the confusion around “plain language” stems from a problem with word choice. “Plain” does sound boring when coupled with “language”. It conjures up other terms like “plain Jane” or “vanilla”. The latter isn’t bad as a flavoring or an orchid (in the photo), but it's not a trait we want associated with our content.

Yet when we couple "plain" with other words, it doesn’t come off quite so dull. For instance, “just plain stupid” is a darn clear indictment. “Plain English” doesn’t infer “mind-numbing”, it infers clarity. Somewhere we stopped using English and we lost the context. Plain English sounds like a positive trait. Plain language sounds blah.

So let’s revisit those questions with a new perspective:

What is “plain language”?

It doesn’t have to be. Here are some examples of “plain language” that are anything but dreary:

Does that mean I have to dumb down complex concepts?

No, but we do need to choose different details, like explanations and examples, that will resonate with our target audience and increase comprehension.

Here’s a passage from an Economist article on economic policy in China -- hardly a simple subject. The writer does a good job of explaining why bad investments are a concern despite China’s large cash reserves.

“China’s high investment is backed by even higher saving. As a consequence, China does not need its investment to generate high returns in order to pay back external creditors. It has, in effect, already set aside the resources that will be lost if its investments turn sour. The real cost of bad investment lies elsewhere. It squanders the hard-earned saving of China’s citizens, leaving them with empty malls rather than much-needed clinics, vacant villas alongside over-crowded dormitories, sewers that cannot cope with downpours, and buildings that collapse like tofu.”

This example from The Week defines "genetically modified food":

“It comes from a plant or animal that has been genetically modified, usually by adding a gene from another organism, to give it desirable traits that can’t be achieved through normal breeding.”

Plain language isn’t plain at all. It’s actually quite vivid. Here are some tips for infusing your content with clearer, more effective language that engages your audience and conveys your concepts:

Follow these examples of plain language from acclaimed writers: